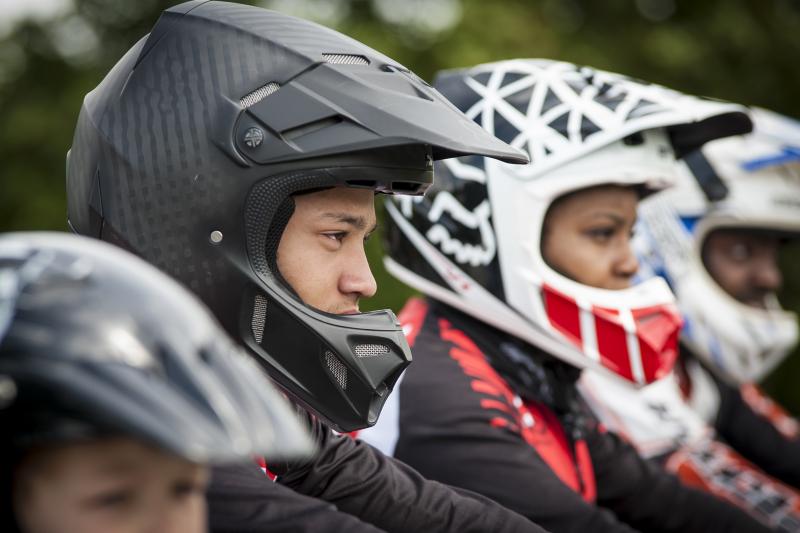 It’s kind of  funny how life goes sometimes. When I was a youngster, like most inner-city London kids I had a blinkered view on what was important in life. For the most part I couldn’t see far beyond “my endz” and the potential danger I’d be in if I was caught “slippin'” having drifted too far on my lonesome to another area in London.

Let me say this…I was never a “road” guy! Having an African disciplinarian as a father, I was fully dedicated to my academics, but I had no vision of what I was really working towards as the guys I saw around me, whom I perceived to have the things I longed for, were all of that “street” mentality, and albeit that I didn’t get lost in any of that, these were my friends. For them the road came with a certain sense of territory and inevitable issues with kids from neighbouring areas. One such area was “Peckham”.

I remember my mother once trying to send me on an errand to a family friend in the area, and me point blank refusing to go. That was my attitude at the time, I had the idea that something as simple as taking a bus ride not 20 mins down the road would lead to something catastrophic, and the crazy thing is that’s still the perception of a lot of kids today.

Fast forward 15-some-odd years and I’m approached by director Amy Matheison and charity outfit Shine Global about my track “House Called Home”. She want’s to tell a different story of my once neighbouring area through her film “One Way Up” and use my track as one of the songs to paint the backfdrop. Reading through her emails about the movie, I can instantly tell how passionate she is about this in the wake of the London Riots and being a former Peckham resident herself, more closer to home the murder of youngster Damilola Taylor in 2000. Of course I agree, its a “No Brainer”!

On Monday night (07/07/2014) I attended the première of the film. I made the journey I wouldn’t have all those years ago and I sat in Peckhamplex cinema watching the inspiring story of 2 BMXers (Quillan Isidore & Tre Whyte) who against all odds use their talent as riders to escape one of London’s toughest gang neighbourhoods and race in the BMX World Championships. I hear my song at the end of one of the scenes, and I’m fully astounded. I’m fully inspired and in some sense fully accomplished.

There’s poetry in those events. The fact that at some point in time I too subscribed to the fear surrounding the area (and others like it). The fact that I too am an example of an individual using his talents to escape what many see as a tough background. The fact that all these years later, albeit totally unplanned, I’ve helped in some small way to change the perception of young men, brothers of mine, who come from an area just like mine and deserved for the world to know about them. I thank Amy, Jetset Films, Shine Global and all involved for the opportunity to be involved with such a great project, and helping that poetry manifest itself.

Check out the Trailer below:

I’d implore anybody and everybody to check this docu-movie out. It’s currently showing at Picturehouse Cinemas in and around the London area. Failing that you can catch the full documentary aired on MTV on August 10th at 9pm.

“House Called Home” features on the Official Sound Track alongside other bits from Phreeda Sharp and Lady Lykez. Its available for preorder via iTunes. This site uses Akismet to reduce spam. Learn how your comment data is processed.

PGlmcmFtZSB3aWR0aD0iNzUyIiBoZWlnaHQ9IjQyMyIgc3JjPSJodHRwczovL3d3dy55b3V0dWJlLmNvbS9lbWJlZC9weVNvX1RHMU00TT9yZWw9MCZjb250cm9scz0wJnNob3dpbmZvPTAmYXV0b3BsYXk9MSIgZnJhbWVib3JkZXI9IjAiIGFsbG93ZnVsbHNjcmVlbj48L2lmcmFtZT4=
×
WE RESPECT YOUR PRIVACY
JOIN
SUCCESS! THANKS FOR SIGNING UP!
×
By signing up you consent to being contacted via email with news, promotions and tour updates.
We will not share your details with any third parties.
KEEP UP TO DATE WITH ME AND
SIGN UP TO MY MAILING LIST!
SIGN UP FOR EXCLUSIVE UPDATES
THANKS FOR SUBSCRIBING TO THE NEWSLETTER